Posted on April 2, 2016 By travelingbeyondthepostcard 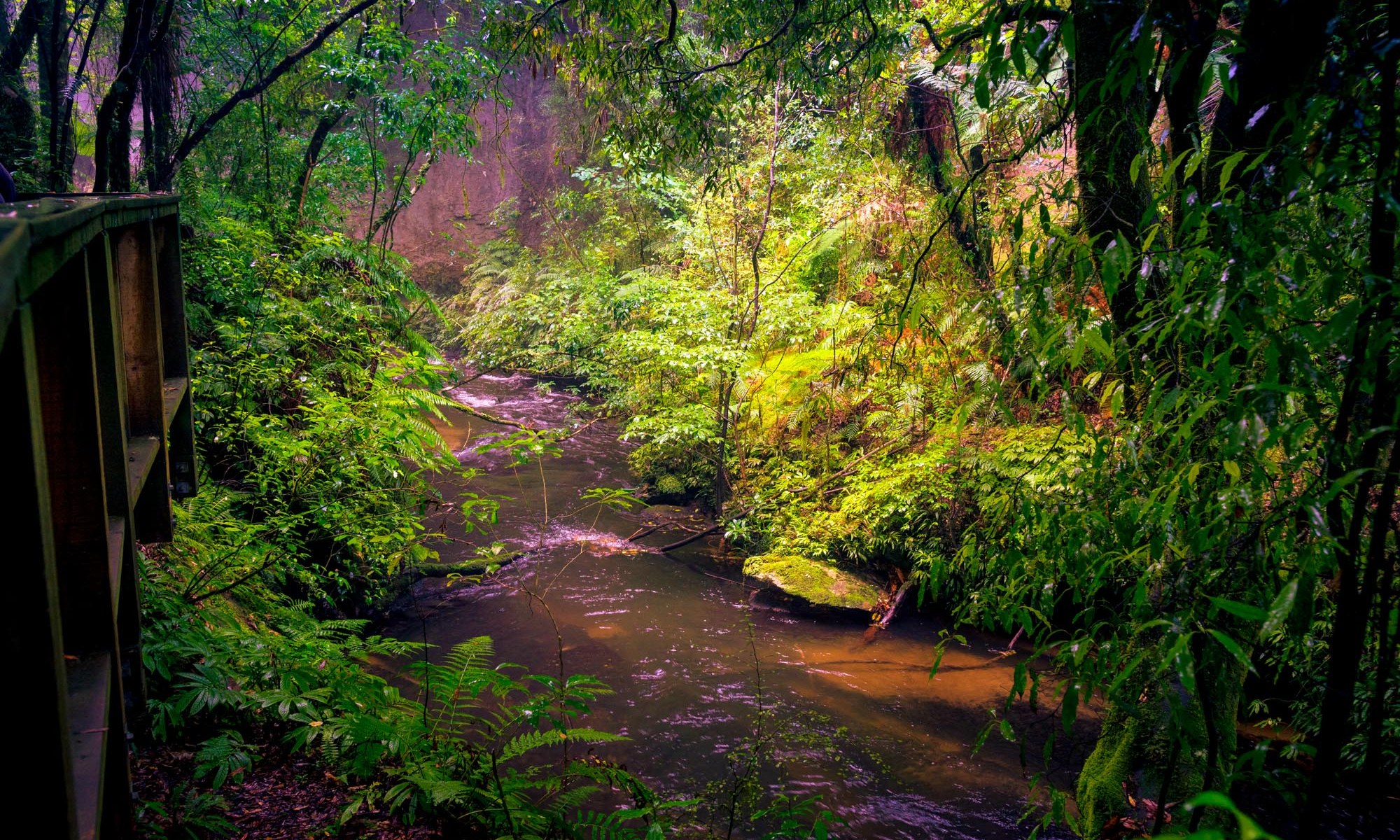 Kia Ora, a Māori greeting used for hello, good bye and thank you. Lynnette and I have been planning this trip for over a year. Originally scheduled to go this same time last year, our trip had to be put on hold.  I am so excited to finally be starting this adventure!

We arrived safe and sound to cloudy skies in Auckland.  We got through customs quite easily.  The lovely gentleman did have a comment or two about the current political circus in the USA and I am sure we will here more about it before we come home!  I think we should travel incognito as Canadians, Eh?

After having some coffee and a bit of freshening up we headed out.  Lynnette driving, (she is an excellent driver)  and I navigating.  The drive from Auckland to Waitomo  takes about 3 hours – normally!  It took us a bit longer due to directional challenges.  In our defense, in addition to being completely jet lagged, the roads here are not marked so it can be difficult to know if you are on the right track or not. We ended up in a town called Hamilton –  not too far off the proper track.  We stopped in a cafe and had a bit of lunch and asked directions.  It was a very nice lunch and the staff super nice and helpful. We knew we had some trouble with their directions and after driving for 20 minutes or so we also knew we were not where we should be and needed help again. We pulled into a station to get directions. Me: “We’re a bit lost, is this Whatawhata?” Nice young man; “No, this is Hamilton” Me: “Again?!!! We were able to follow his instructions with no problems and arrived about 1:30 pm.

Our first night was spent in Waitomo at the Waitomo Caves Hotel.  It’s a lovely old hotel, built in 1908 and expanded in 1928. We were told that Queen Elizabeth stayed there in the 1950’s.  The staff, that did everything from checking us in to serving our dinner,  was a young french couple, Tony and Leah.  They were delightful and took good care of us.  Our room had a large balcony that overlooked the grounds and also the awning of the front entrance. We had a nice dinner of fish we’d never heard of and were fairly early to bed. 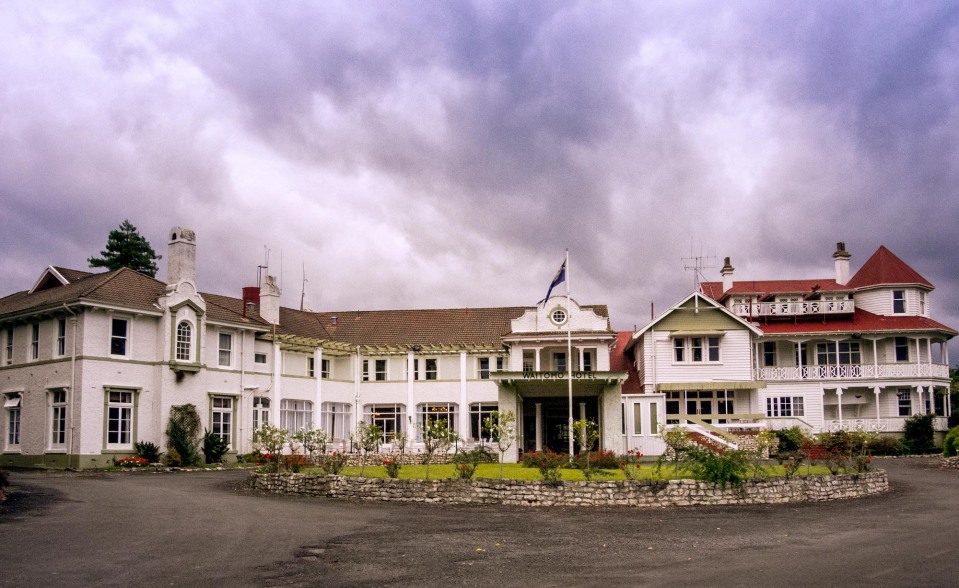 The next morning we awoke to rain.  We had breakfast at the general store in the village, and bought tickets for the 11:30 am Glow Worm Cave tour.

The Glow Worm Cave tour was awesome!  The glow worms are the larvae of a variety of fungus gnat (Arachnocampa luminosa) that is carnivorous.  They like dark damp places and accumulate on the roof of the caves.  To feed the larvae send down a sticky filament to catch flies.  They glow to attract the flies as they think it is a way out of the cave.  The hungrier they are the brighter they glow.  Ironically, once hatched into flies they are at risk of being eaten by other larvae!  The flies look similar to a mosquito.

The tour takes you on a boat through the cave. It is completely dark except for the lights of the the worms on the ceiling.  Sometimes the light looks green and sometimes it looks blue white.  It’s like looking into a dark sky filled with stars or fairies ….. it was truly magical!  I wish it had been longer.

After the tour we drove to the Mangapohue Natural Bridge.  The bridge consists of two rock arches formed by the Mangapohue Stream in the Marokopa River valley near Waitomo.  The 17m high limestone arches are a remnant of an ancient cave system.  It’s an easy 10 minute walk to the bridge from a small car park.  Once you enter the remnants of the cave it feels like you are in an Indiana Jones movie. Tall rock faces surround you with moss and fern growth; tall trees block the light that breaks through the treetops in rays illuminating the water droplets on the plants turning them into jewels.

On the other side of the bridge is beautiful pasture land with large rock outcroppings (and a fair amount of cow patties too).  We heard, and later saw, a herder and his dog moving a large group of cattle.  In this area there is a large fossilized mollusk.  I spent some time looking for it but did not find it among the other rocks.  It had been raining and the clay trail was very slippery.  I am still sad for abandoning the search but we had to get on the road in order to get to Rotorua before dark. 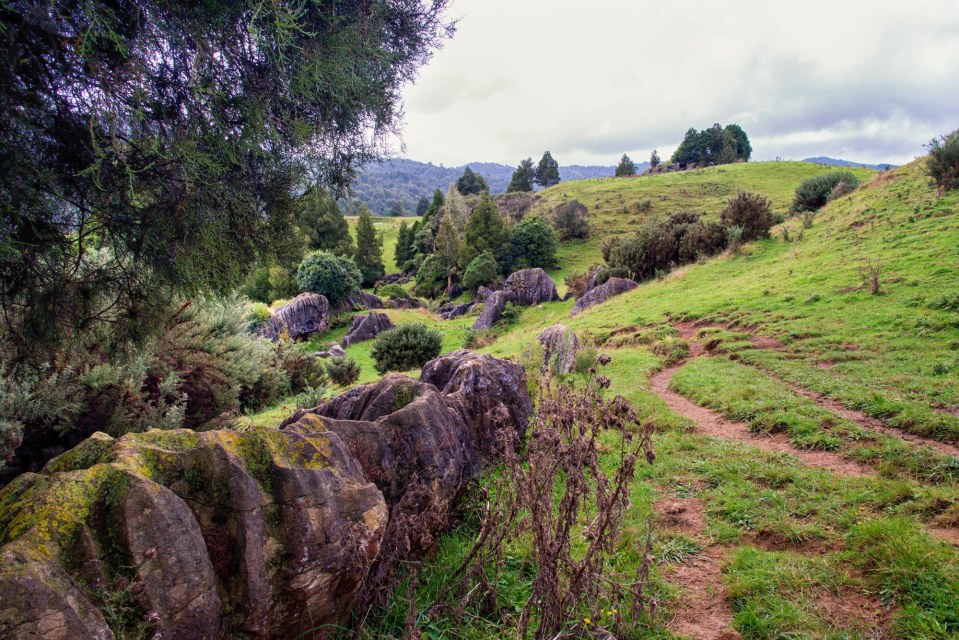 The drive between Mangapohue and Rotorua was lovely.  We passed this fence decorated in boots.  Lynnette read somewhere that the shoes are old trampers shoes, left by hikers who have used the trails in this area.

The picture below that looks like spider web was all over the plants in the area approaching Mangapohue.  We’re going to try to find out what it is; we really hope it’s not spider related!!! 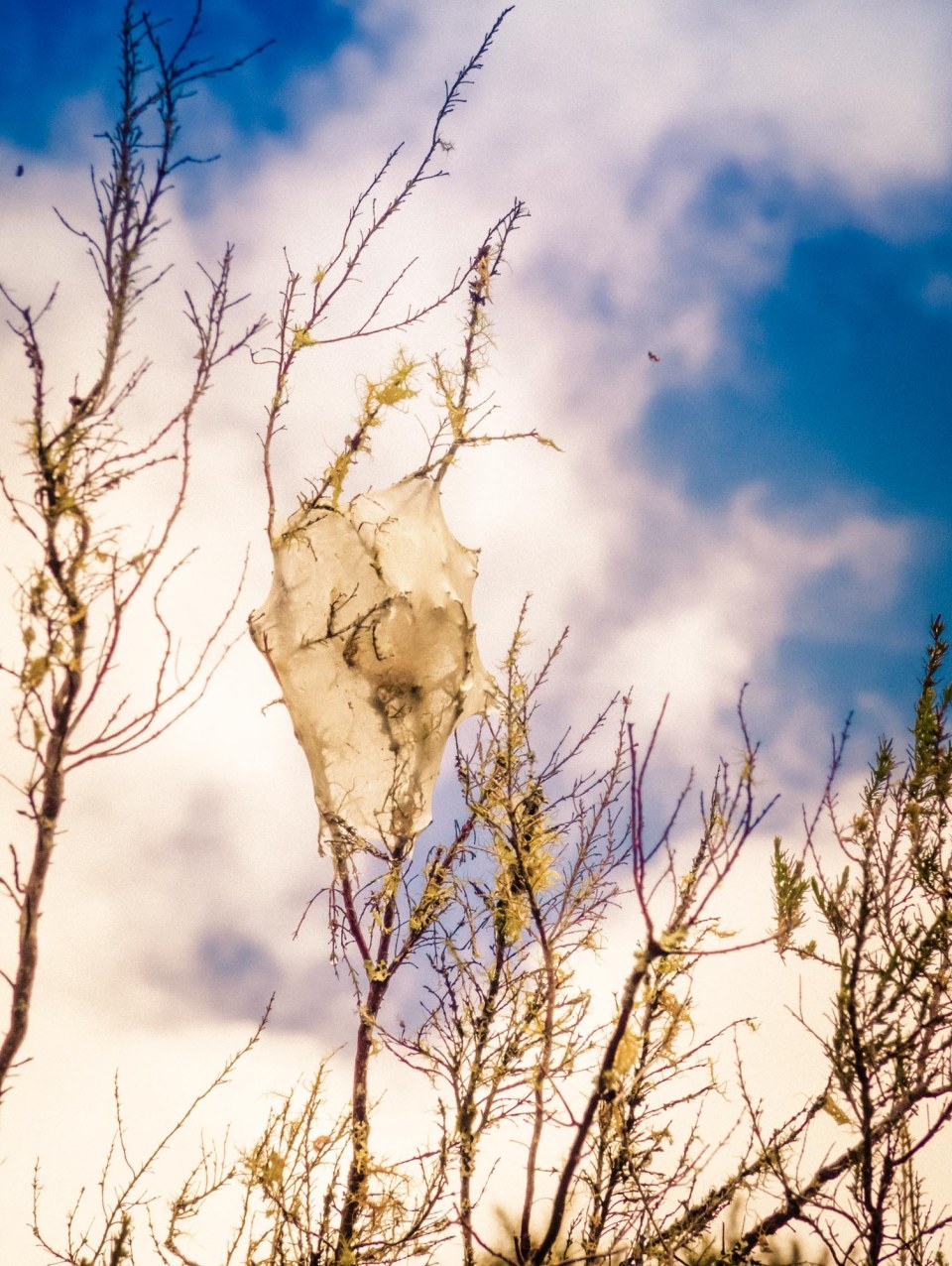 As it turns out this is indeed a spider web.  I wish I had something in the picture for scale.  It was huge and it freaks me completely out that this is from a spider because the spider must be enormous!